The writing blog that almost made me cry

I’ve blogged recently about the Valerie Parv Award as it’s dear to my heart, not least because Romance Writers of Australia saw fit to carry it on in my name. I thought that sort of thing only happened when you’re no longer around. Or am I  mixing this up with street names? Thankfully, I didn’t have to drop off my twig for this honour, and after more than a decade of mentoring the winners, the award is an important part of my writing life. Personal life, too, as the winners – affectionately known as minions – are now friends as well.  The Minions’ Breakfast is a fun part of the RW Aust conference each year, when we catch up and welcome the newest winner. You can spot us by our tiaras.

This year’s VPA opened on April 23, restricted to a maximum of 80 entries for the first time. By the I posted this, all 80 openings were taken in under 24 hours. Today’s blog by Anna Cowan about her experiences as a minion moved me almost to tears.  http://annacowan.com/2012/04/23/the-valerie-parv-award-a-minions-tale/

The (in)famous Minions' Breakfast with tiaras

Knowing that you’ve been part of someone’s creative journey is rewarding and humbling.  Many winners are successfully published. Among them are Kelly Hunter, Mel Scott, Bronwyn Clarke writing as Bronwyn Parry, Rachel Robinson writing as Rachel Bailey, Erica Hayes, Kylie Griffin winning a prestige award from Romance Writers of America and seeing her first and second books published this year. This month,  Barbara Jeffcott Geris writing as Barbara de Leo was contracted to Entangled. Others are breathtakingly close. Yes, I’m looking at you, Anna and Michelle de Rooy.

The VPA started life as a contest run by the one-time Australian chapter of Romance Writers of America. In 1999 the award was renamed and placed on Romance Writers of Australia’s calendar in 2005. This year, RWA set a limit on the number of entries because the judging was getting out of hand. My work begins when I receive the final entries, and I guess statistically, your chances of reaching the finals this year are higher than ever.

It’s a rare year when one final entry doesn’t leap out at me much as a singer on The Voice grabs the attention of one or more of the judges within a few bars. Star quality is instantly apparent, and while I give every other entry a fair reading, that quality is usually unbeatable. In the acknowledgement to her first novel, Shadowfae, Erica Hayes even quoted me “wanting so hard for [her book] not to win.” She’s right, I didn’t want to spend a year living in her demonic worlds, but the quality of her writing couldn’t be ignored.

Have you entered or won an award that impacted on your writing? I’d love you to share your experiences by commenting here.

Proud Friend of the National Year of Reading 2012

Deck the halls with Aussie reading

This morning I read a thought-provoking Facebook post from Aussie author, Kylie Griffin. Essentially she urged us not to fill stockings with bits and pieces made and imported cheaply, that our friends and loved ones probably don’t need anyway. American economist, Joel Waldfogel, even wrote a book about this, called Scroogenomics: Why You Shouldn’t Buy Presents for the Holidays

. He says that billions of dollars in value are lost every year when we give gifts that are worth less to the recipient than they cost us to buy. You only have to look at eBay after the holidays to see where all these “unwanted gifts” end up. Sadly, most change hands for a fraction of what they cost the giver.

Most of us choose a gift hoping that we’re giving the recipient something they’ll love.  Yet obviously we fail more often than we succeed.  We could always give money, but that can be seen as a cop-out, that we didn’t care enough about the person to put time and effort into choosing a gift for them.

Given that we’re not mind-readers, what’s the solution? Kylie suggested giving the gift of genuine concern for other Australians. “It’s time to think outside the box, people.  Who says a gift needs to fit in a shirt box, wrapped in Asian-produced wrapping paper?” 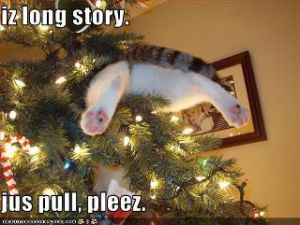 This year pull out a new idea for gift-giving

Among her ideas are gift certificates from the local barber or hair salon. A gym membership for those into health improvement. A car wash voucher or certificate to get your lawn mowed. Local eateries are struggling everywhere, and giving meal or coffee vouchers helps both the business and the recipient.  “Mum would LOVE the services of a local cleaning lady for a day,” Kylie suggests. Hey, Mum’s not the only one LOL.  Buy from computer services, paving suppliers, car tune-up shops, in short anyone who provides a local service that your friends and loved ones use often. If they don’t have gift vouchers, you can pay for the service up-front, and generate your own certificate, getting the business to sign and date your handiwork. Whether it’s fingernails or hobnails, the money and the work stays in your community.

Then there are books. I and my fellow writers have a vested interested in seeing Aussies give each other books whether downloadable onto a reader, or in still-appreciated print form. If you buy gift vouchers, get them at local booksellers while they’re still around. We might keep them afloat longer this way.

And charity gifts don’t have to fund work across the globe, worthy as that is. Did you know that $20 can help give an indigenous Aussie family individual title to a chunk of community-held land, helping them to obtain a loan to buy or build a home? I didn’t either, but it’s on my gift-shopping list now. Find these and similar gifts at http://www.worldvision.com.au/gifts

What are your gift-giving plans this year? Share your good ideas by commenting below.